The arithmetic mean of the five numbers is exactly 8. The sum of these four numbers is 30. What is the fifth number? 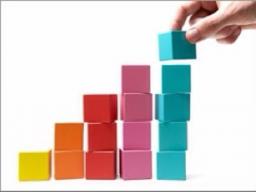