Lada came to aunt. On the way he noticed that the houses on the left side of the street have odd numbers on the right side and even numbers. The street where he lives aunt, there are 5 houses with an even number, which contains at least one digit number 6. What was the last house?

In next street are 4 houses with an odd number, which contains at least one digit number 6. What is the last number of a house? 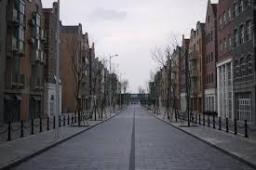