Father and son are together 78 years. Son is 25 years younger than father. How old is the son? 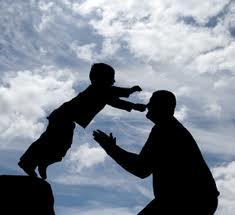