Which obtuse angle is creating clocks at 17:00? 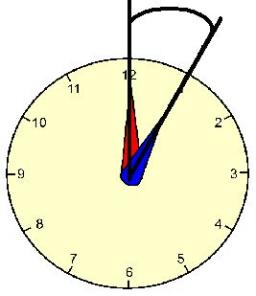