Determine the perimeter of a right triangle if the length of one leg is 75% length of the second leg and its content area is 24 cm2. 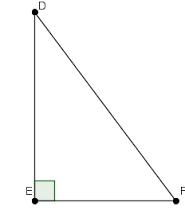 Tips to related online calculators
Looking for help with calculating roots of a quadratic equation?
Our percentage calculator will help you quickly calculate various typical tasks with percentages.
Pythagorean theorem is the base for the right triangle calculator.
Do you want to convert length units?
See also our trigonometric triangle calculator.