Positive number z is 10% greater than the number y. How many % is y smaller than z? Report the result rounded to one decimal place. 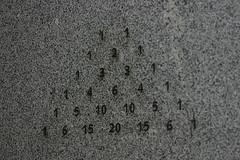