The ski club has 168 pupils and used lift with 60 seats, while students always follow the same sequence in filling seats. How many times while riding a ski lift skier sitting in the same seat as the first run? 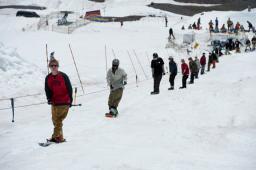