The largest angle at which the lift rises is 16°31'. Give climb angle in permille. 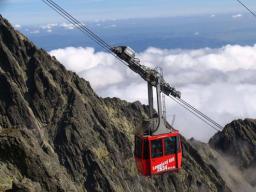