a / What time does meet boat again?
b / How many times a day sail from a port at the same time when at 19:00 o'clock both ships end? 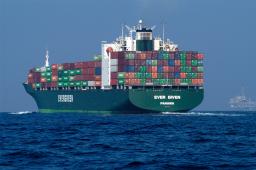