Mom is 39 years old. Karl is eight years and Paul 4 years. For many years mother would old just like two children together? 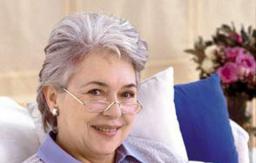