The football team has black, purple, and orange shirts, blue and white shorts, and striped and gray socks. How many different outfits players may start? 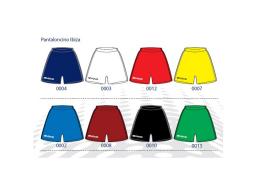