What is the population of the city with 3% annual growth, if in 10 years the city will have 60,000 residents? 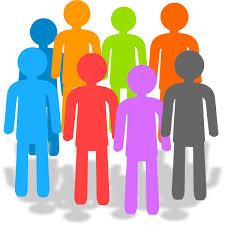