Cyclist rode out of the city at 18 km/h. 1 hour 30 minutes behind him started car and caught up with the cyclist in 50 minutes.
How fast was driving the car? Where (what kilometer) from the city car overtook a cyclist? 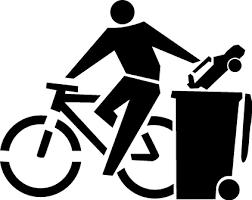