How tall was the red candle when it was new? 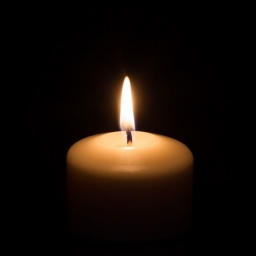