The projectile was fired horizontally from a height of h = 25 meters above the ground at a speed of v0 = 250 m/s.
Find the range and flight time of the projectile. 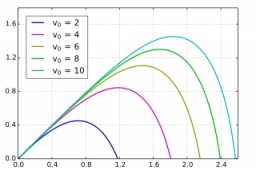