The bike became cheaper on the seasonal sale by 22%, which is 88 euros. At what price is it sold now? 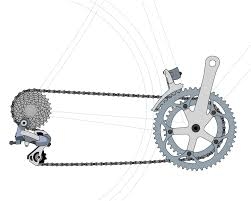