Cuboid box have dimensions of 30 cm, 25 cm and 40 cm. Sketch its network and compute surface area of box. 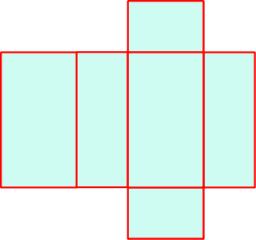 Math student
Makes no sense still...
1 year ago  Like