The owner of the campsite offers 79 places in 22 cabins. How many of them are triple and quadruple? 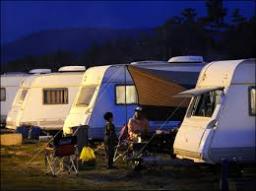