On a 2,550 m long circuit, two motorcycles go at such speeds that they meet every minute if they go against each other and run every 5 minutes if they go in the same direction. Find their speeds. 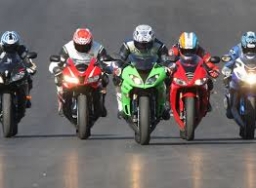