The isosceles triangle has a circumference of 46 cm. Calculate its area if the arm is 5 cm longer than the base. 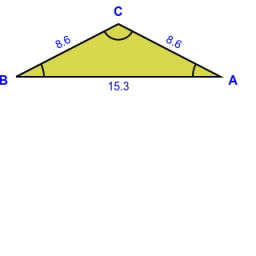