Find two summands of the number 42, so that its product is minimized. 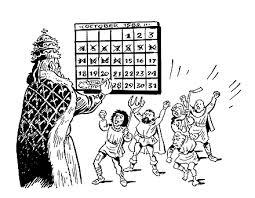