Which is an equivalent ratio for 12:36 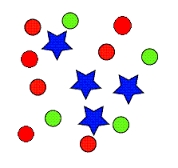