How many times should be broken chocolate consisting of 10 × 12 pieces to get the 120 parts? 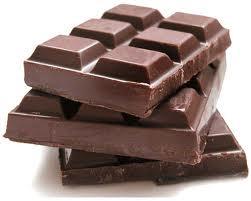