Harry liked to collect old movies. On 4 different days, he bought 2 movies. On 2 other days, he bought 3 movies each day. After that he sold 2 sets of 2 movies. He figured out how many he had total, and then he divided that total into 2 groups to put onto his shelves. How many did he put on each shelf? Choose the expression that best matches this situation. 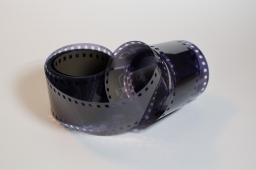