In how many points will intersect 14 different lines, where no two are parallel? 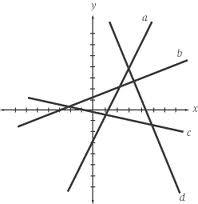