Write integers greater than 1 to the blanks in the following figure so that each darker box was a product of the numbers in the neighboring lighter boxes. What number is in the middlebox? 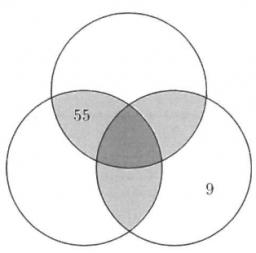