Angela shared a cab with her friends. When they arrived at their destination, they evenly divided the $120 fare among the 4 of them. Angela also paid a 5 dollar tip. How much did Angela pay in total? 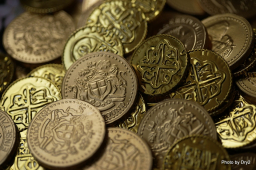