Smiths paid a deposit for a vacation of two-sevenths of the total price of the vacation. Then paid also € 550. How much cost their vacation? 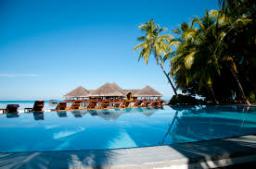