An amount if $ 2000 is invested at an interest of 5% per month. if $ 200 is added at the beginning of each successive month but no withdrawals. Give an expression for the value accumulated after n months. After how many months will the amount have accumulated first exceed $ 42000. 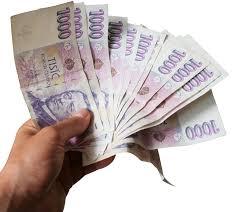