Gabrielle is 9 years younger than Mikhail. The sum of their ages is 87. What is Mikhail's age? 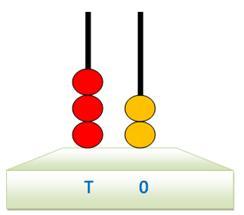