Which coordinates show the location of -2+3i 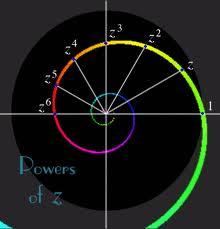