Mother bought 21 desserts on the occasion of Mirka's birthday one tips was 9 CZK and the kremlin cost 12 CZK. For all desserts, she paid 213 CZK. How many kremlins and how many tips mums did buy? 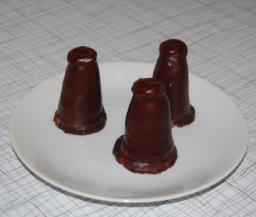