On a double-track line between stations, K and M went against each other two trains. The first train passed the distance between stations for 3.5 hours, the second, which had an average speed of 12 km/h more, passed for 3.05 hours.

Calculate the distance between stations K and M. 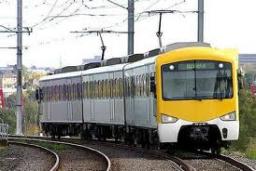