There are 9 interactive basic building blocks of an organization. How many two-blocks combinations are there? 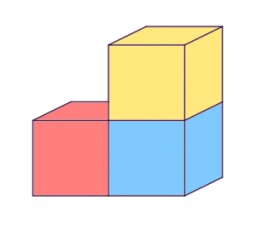