The dress was discounted by CZK 115, which was 12% of the original price. What is the cost of the dress after the discount? 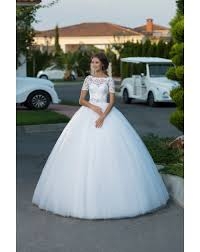