Circular reflector throws light cone with a vertex angle 49° and is on 33 m height tower. The axis of the light beam has with the axis of the tower angle 30°.

What is the maximum length of the illuminated horizontal plane? 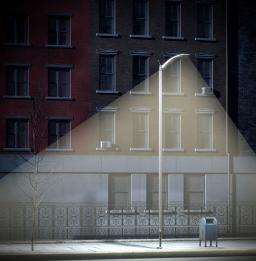