Trip to a city

Lin wants to save $75 for a trip to the city. If she has saved $37.50 so far, what percentage of her goal has she saved? What percentage remains? 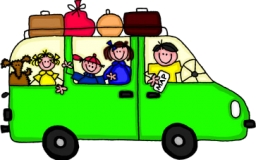