How many girls took part in the Miss School competition if the nines grade made up half of the contestants, two-thirds of the remaining girls were eighth grade, and the seventh grade were three? 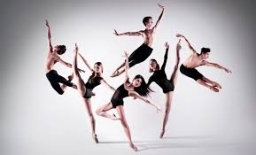