How long will it take both pumps to drain four-fifths of the water at the same time? 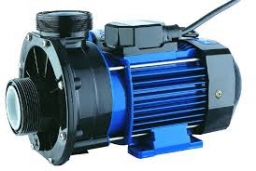