Angles in a triangle

The angles of the triangle ABC make an arithmetic sequence with the largest angle γ=83°.

What sizes have other angles in a triangle? 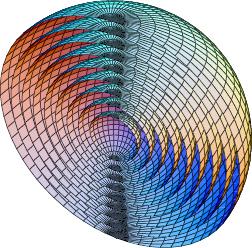