Painter Pavel painted the fence for 16 hours and painter Petr the same fence painted for 13 h.

How long should take painted the fence together? 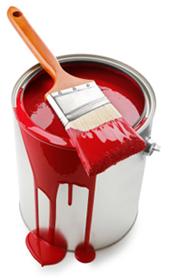