How many times grow volume of sphere if diameter rises 10×? 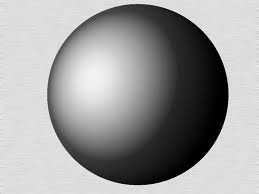