Calculate what is the minimum amount of money that bank must hold in cash from your deposit 2750 Eur.
How much money is ideally created in the banking system from your deposit if the level of minimum reserve requirement is 2.15%?

Consider fractional reserve system, ie your bank can defer from your deposit reserve requirement (PMR), give the rest of the loan, which will again deposit money and thus flow system, etc. etc.
Today, PMR 2% in the euro area, U.S. 10% China 17%.


What is the cash multiplier, the ratio between the generated money and your deposit, from which it originated? 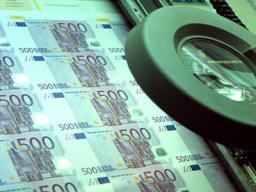