What is the probability of events that if we throw a dice is rolled less than 6? 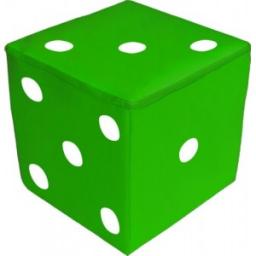