Examine the feasibility and the resulting truthfulness of the words of the Head of logistics. 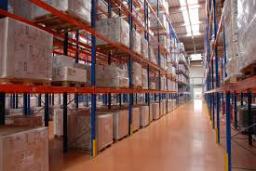