How many different ways can initiate a game of chess (first pass)? 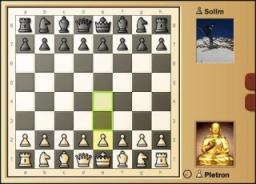