15 workers paint 180 m fence in 3 days. In how many days will 9 workers paint a 360 m fence? We assume that each worker have the same, constant and unchangeable performance. 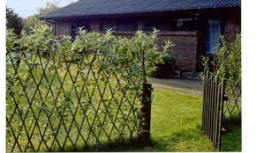