Two workers will do certain work for 12 days. After 8 days of working, was one removed, and then the other finished the job alone in 10 days.

For how many days would do this work alone for each worker? 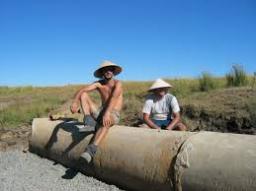