Seven times of my age is 8 less than the largest two-digit number. How old I am? 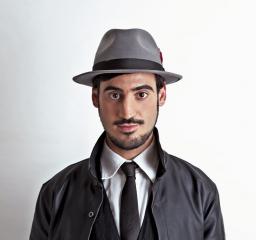