In the room are four-legged chairs, three-legged stool, and all are sitted with (one) people. I counted all the leg room and there were a total of 39. How many are there chairs, stool and people? 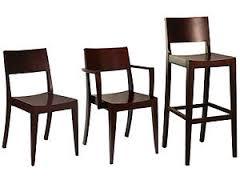